Thiruvathira Festival (the remnant of a rich heritage)


18th Dec 2013,Today is Thiruvathira Festival  in Kerala for Hindus .Women celebrate this day with great joy and respect as it is the birth day of Lord Shiva.

The significance and grandeur of Thiruvathira,though mostly can be seen only in the days gone by.
Even today,these rituals are  important  to those who wants to follow tradition.And it is our duty to pass these information to next generation;as these festivals promote unity,love and compassion.

On the day,women of Kerala worship Lord Shiva for marital bliss.Unmarried girls too indulge in all the rituals with prayers for getting an ideal husband like Lord Shiva.

Today, people can not keep faith in these stories,world has changed to an extend that we are not able to trust each other even !

This was a day of celebration exclusively  for women folk of Kerala. Today,women are independent and so may not really understand the importance of this festival.

But,I have heard stories from my mother ,how she in her childhood,along with other female members of her joint family,used to wake up before 4 am in the morning and had a special bath in their pond. Singing Hymns and splashing the water in a particular way was an interesting ritual to start with.

(From her words,I could only fancy that full moon night,teeth chattering cold of winter season,a group of women,high in spirits,enjoying ,merrymaking; forgetting all their worries or duties -just for one day.)

Then  follows some other very exciting rituals like swinging,dancing;all accompanied with songs related to Lord Shiva.

No wonder,Thiruvathira is an ageless passion; Some remnants of those golden days.

Those who want to know all the details about the beautiful rituals on this auspicious day,please listen to  Preetha Balakrishnan Maam in the above video in Malayalam.

Some Facts about this small state KERALA

Kerala is a small state in the south-west region of India at the Malabar coast.Malayalam is the language spoken by the people of Kerala.

Kerala is small but rich in culture and heritage.This state has the highest literacy rate and highest Human Development Index.

India's 85% of Natural Rubber  is obtained from Kerala


People of Kerala respect arts in any form .Each young child,irrespective of religion ,tries to learn and excel in some kind of art.That is their passion for dance,music and any other art forms.

Performing arts include
Kathakali, Mohiniyattam, Koodiyattom, Thullal and Krishnanattam. (Krishnanattam was originated and developed in the temple theaters during the classical period under the patronage of royal houses.
There are many more stories and information about Kerala,my homeland.But only later....

Popular posts from this blog 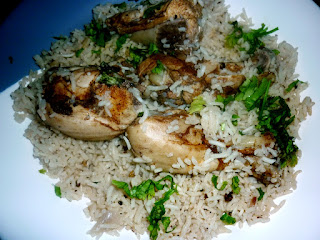 Majboos is an Arabic rice dish with lamb or chicken.
In the traditional method,they boil water in a big pot and after adding all the spices and onion into the boiling water,they add full chicken.Once the chicken is done, take it out and rice is cooked in the same stock.
But I have changed that method a bit.
Here I am partially frying the chicken first and then cooking the rice and fried chicken together in the same pot.
All Arabic dishes are very healthy;Majboos is a very tasty rice dish like biriyani.You can serve it with raita or any other accompaniment of your choice.I serve it with Pomegranate raita.
Ingredients
Long grain Basmati rice-2 cups
Chicken-500 g
Dried Lemon-5 no (If its big sized lemon ,use 3 no)
Pepper powder-to taste
Olive oil- 1 tbsp
Whole spices-Cardamom (2),Cinnamon(1/2 inch),Cloves(2)
Bay leaves-2 no
Onion-2 big
Water-3 1/2 cups
Salt-to taste
Method of preparation
Marinate the chicken pieces with salt,pepper and cinnamon powder.
Fry partially in 1tbsp Olive oil.
Now in a big pot boi…
Read more 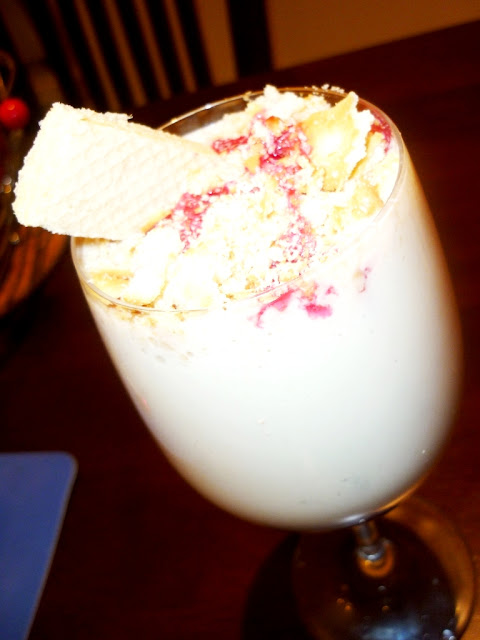 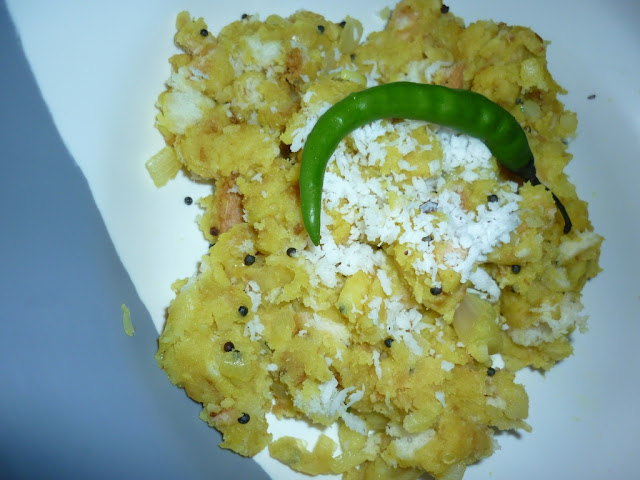